Operated by The Bartolotta Restaurants, Downtown Kitchen is the go-to gathering place for breakfast, lunch, meetings, and more in the U.S. Bank Center in downtown Milwaukee.

Enjoy a wide variety of artisanal sandwiches, fresh salads, Northpoint custard and burgers, Pizzeria Piccola pizza, sushi, and more in a modern, comfortable space, all while you experience the outstanding service and hospitality you’ve come to expect from The Bartolotta Restaurants. 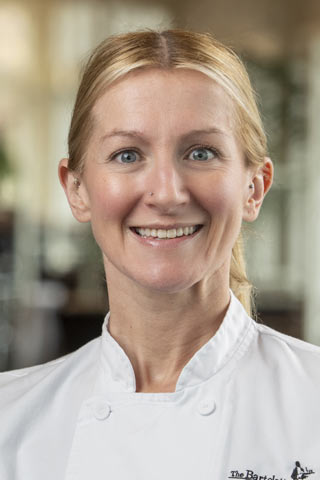 Angela Rondinelli serves as Executive Chef of Downtown Kitchen, an urban food hall located within the U.S. Bank Center in downtown Milwaukee. An experienced chef and a member of The Bartolotta Restaurants family since 2016, Chef Rondinelli is responsible for overseeing one of the most versatile dining programs in the organization’s portfolio, and a multipurpose facility that operates multiple food stations while accommodating guests and events on a daily basis.

Chef Rondinelli is a graduate of Waukesha County Technical College, where she earned an Associate of Science in Culinary Management.