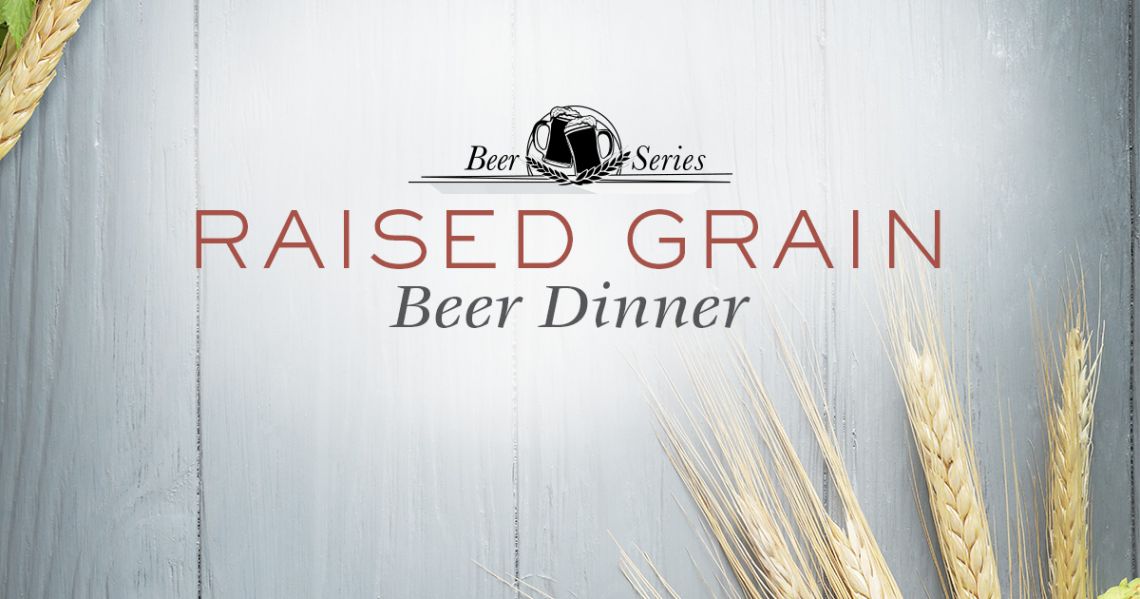 The team at Bacchus – A Bartolotta Restaurant is excited to host a beer dinner highlighting local craft brewery – Raised Grain Brewing Company, based in Waukesha.

The name, Raised Grain, comes from elevating the craft of brewing beer. Their belief is that beer brings people together. It is these gatherings that makes life exciting and makes being brewers extremely rewarding for their team.

Led by two local doctors, a professional cyclist, and a local entrepreneur, Raised Grain Brewing Company has a dedicated team of passionate beer lovers, from those that brew the beer to those that sell it. Each beer brewed at Raised Grain is a combination of their passion, technology, and inspiration. They have fun brewing the beer so we can have fun drinking it!

Executive Chef Nick Wirth and his team have created a five-course menu to pair with selected brews from Raised Grain. Haley Erner from the brewery will explain each pairing and more of the story behind this local brewery.

Make plans to join us for a special dining event and to raise a glass of Raised Grain beer in August.