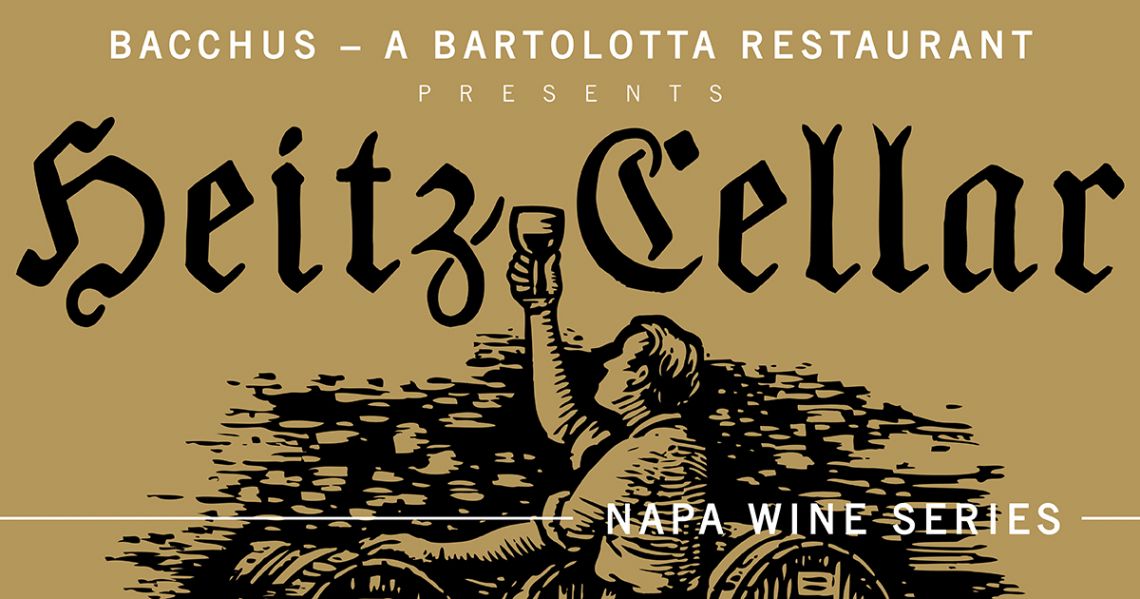 Globally known for world-class wine, Napa Valley, California is a scenic stretch of countryside home to more than 400 wineries, each with its own unique style, setting and history. The team at Bacchus – A Bartolotta Restaurant would like to showcase several stunning wines this year from various vineyards in our Napa Cabernet Series.

Join us on January 29 as we feature the wines of Heitz Cellars. Harvested from vineyards spanning six sub-appellations throughout the Napa Valley, Heitz Cellars Cabernet Sauvignon offers a full composition of the breadth of Napa Valley as a whole.

Family-owned since its founding in 1961, Heitz Cellar’s legacy runs as deep as the roots throughout the Napa Valley; a winery legend that has helped shape the history of Napa Valley winemaking. In the late 1950s, pioneering vintner Joe Heitz ushered in Napa’s modern era with his iconic, globally celebrated wines, including Napa Valley’s first vineyard-designated Cabernet Sauvignon, the renowned Heitz Cellar Martha’s Vineyard. Fifty-eight years of the Heitz family’s dedication to viticulture, stewardship, and classic winemaking, maintained the winery’s notoriety as a benchmark amongst its peers in California and Europe.

Executive Chef Nick Wirth and his team have created a five-course menu that pairs exquisitely with the featured wines of Heitz Cellars selected by Wine Director and Certified Sommelier Joseph Kane. Make plans to join us as we welcome Meredith Murray, Heitz Cellars Ambassador and kick off our Napa Cabernet Series!

In addition to enjoying an exceptional dining event, guests will have the opportunity to purchase an additional wine pour of the exceptional 2013 Heitz Cellars, "Martha’s Vineyard" Cabernet Sauvignon for $48.